For most of us, the most difficult aspect to grasp regarding homeopathic remedies is how they can work when they are so diluted. It has always been a challenge to our logical processes to accept a shift away from substance and quantity, to serial dilution and succussion, in the making of homeopathic remedies.

This process results in no measurable substance being left in the preparations above the 12c potency. Orthodox thought pokes fun at the ‘drop in the ocean’ scenario, dismissing this level of dilution as being totally implausible for remedies to be effective. Research over time, however, has proven the effectiveness of diluted remedies along with an extraordinary safety record. Scientifically, it has been more difficult to explain the action of homeopathic remedies.

Recently, however, further support for homeopathic remedies has come from a most unlikely direction: the field of toxicology, or the action of poisons. Beginning in 1960, data began to accumulate illustrating that poisonous substances were having two effects on living organisms. At high doses, they inhibited metabolism and ultimately caused death, as was well known, but at low doses, they exerted a stimulating effect, a response totally unexpected and not explainable by current medical science. Toxicologists turned to examine the new phenomenon of hormesis, the name given to the stimulatory effect of low levels of usually poisonous substances.

As previously mentioned, homeopathic dilution and succussion (potentisation as it is called) have not readily fitted into past scientific paradigms. Now, new scientific thinking, including the exploration of nano-particles and quantum medicine, proposes that ‘ultramolecular’ dilution in water is capable of storing the information, or energy, relating to a substance with which it has previously been in contact. Water’s amazing property enables it to change its vibrational pattern to the chemical or environment to which it has been exposed. It is, in fact, a chameleon, adapting itself to its environment vibrationally.

Recent research on hydrogen bonds in water supports this ‘memory’ theory. The Swiss chemist, Louis Rey, found that the structure of hydrogen bonds in homeopathic dilutions of salt solutions is very different from that in pure water. He reached the conclusion that the phenomenon results from the vigorous shaking of solutions that takes place during homeopathic ‘succussion’. Additionally, using the laboratory technique called spectroscopy, researchers have found that different homeopathic remedies and different dilutions of the same remedies can be distinguished from each other, even though all should contain nothing but water.

Japanese scientist, Dr. Masuru Emoto, has brought into the mainstream convincing evidence that individual vibration can alter the structure of water. In the simplest of experiments, repeatable over many examples, he demonstrates that water has its own unique pattern depending on its source and/or exposure to a range of influences. This is demonstrated by some of the pictures of frozen droplets exposed to music, words, and prayers.

In the past, the missing part of our understanding has been the concept of “vibrations” and everything that they affect. Nowadays it is generally accepted that everything has a vibration and that for all living creatures, exposure to certain situations, substances and environments can affect or imbalance the body’s vibrations. This is also true when considering aspects of health, even more particularly when considering people in a state of dis-ease. It seems likely that the vibrational state of our body, when stressed or unwell, is expressed through altered physical symptoms, dysfunction and chemical responses altering the behaviour of the cells and organs. Logically then, the unique vibration of homeopathic remedies must have some effect on an individual’s vibrational patterns when correctly matched.

This idea has radical implications for our health as it means that not only do we have to question the water that we drink and the food we eat but also our environment which is saturated with man-made vibrations from electronic devices, chemicals, toxins and artificial substances that we use in our everyday lives. What damage is they in fact doing to our health?

It is clear that a diseased individual whose regulatory system has become broken down or blocked produces symptoms – the body’s indication of impaired function. Homeopaths have long believed that these symptoms are the language exhibited by an inner intelligence within the body which is asking for help to reach homeostasis or balance.

Homeopaths then seek to match these symptoms with a remedy known to cure these symptoms; in homeopathy, this remedy is called the simillimum. It seems that the reason this subtle matching process might be so effective is that through matching and prescribing a potentized remedy based on the unique or characteristic symptoms of the individual, the body senses some sort of competition or interference at the receptor level.

As previously mentioned, this response is well known in conventional pharmacology but usually with higher doses of a substance. A similar homeopathic remedy may show an even greater degree of interfering with or even activating the receptors. This will result in inhibitory effects on cells, tissues, and organs: a therapy of reactivation or regulation at the gentlest of levels. What is even more remarkable is that, as homeopaths know, the more dilute the substance, the more impact it is likely to have on the organism when correctly matched.

Work continues on verifying the action of homeopathic remedies on the body and finding ways to show the subtle differences even between two remedies made from the same substance but in differing potencies. We are all individuals who react uniquely to the myriad of stimulants in an increasingly complex world. Why then should it seem so strange that we need a uniquely tuned remedy to trigger our own healing response? 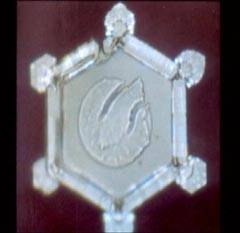 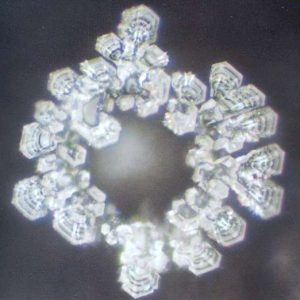